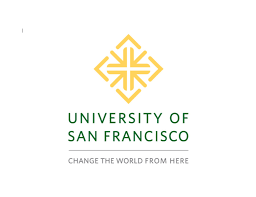 Urban Insight, in partnership with the University of San Francisco School of Management, has released a new report about the current state of Internet technologies, policies, and content management systems adopted by 600 cities across the United States, including recommended steps cities should take to improve technology assets in 2019.

The purpose of this benchmarking survey (the third in a series, with previous reports from 2015 and 2017) is to evaluate the state of technologies used by cities, the adoption of policies to govern technology-enabled practices (such as short-term rental housing, ride-hailing services, and autonomous vehicle services), and to determine how cities respond to the demands of citizens and businesses they serve.

Among the key findings:

The report focuses on the websites of city planning departments as one of the most common places citizens interact with government—on topics related to their homes, jobs, and travel habits. Citizens and businesses are increasingly accessing public documents via mobile phones and tablets and using new forms of geospatial and location-based data from planning websites. According to the Pew Research Center, six in ten U.S. adults get news and information via mobile phones, with younger populations and non-whites being even more likely to use mobile phones for those purposes. The goal of this study is to quantify how cities are meeting these new and emerging demands.

Read the full study on Planetizen.